Awkwardly camp teen Billy Roberts is a small Portland towns only hope against a group of martian cats hellbent on turning his family and sleepy suburban community into zombies.

Thrill... as glowing eyed cats get thrown into scenes.
Shriek... at its inane plot of 100 year old pyramid driving master cats.
Shudder... at its casts inability to speak (I salute you senile priest & beard kid).

Anyone with a grain of intelligence, would have given a film titled 'Zombie Cats from Mars' a wide berth, or have the smarts to switch off within 10 minutes. Not a dedicated movie moron like me. I used to be in an online viewing circle of bad movie fanatics who watched junk like this over irc together. So I'm hardened to shoestring atrocities like ZCFM. While its far from the worst (honestly this doesn't come close), its by no means worthwhile.

This review is pretty harsh. Sure it wasn't great, but it honestly wasn't bad. I'd say watch it for yourself and make up your own mind about it. He's not wrong about bully beard kid being a shitty actor though. 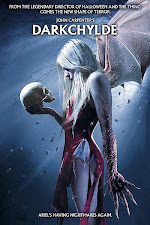 Master of Horror set to bring you the girl of your dreams. John Carpenter is onboard to direct Darkchylde, based on the comic by Randy Queen about a good hearted southern teen cursed to become the creatures from her many recurring nightmares. Every time Ariel Chylde transforms, she sheds her skin and a new nightmare emerges from her Id to act out her deepest, darkest impulses. 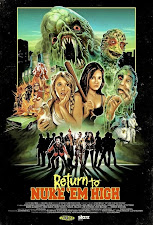 Return to the Class of Nuke 'Em High follows a young couple that are up against the school glee club. Unfortunately, the glee club has mutated into a gang called The Cretins. When the other students begin to undergo mutations, our couple must solve the mystery and save Tromaville High School.

I, Frankenstein (2013) Bringing classic monster characters, including Frankenstein's Monster, the Invisible Man, Dracula and the Hunchback of Notre Dame, in a contemporary film noir setting. The Monster, has evolved, learned how to control his anger and now acts as a private investigator. Dracula is a kingpin of crime, and the Invisible Man is a secret operative. 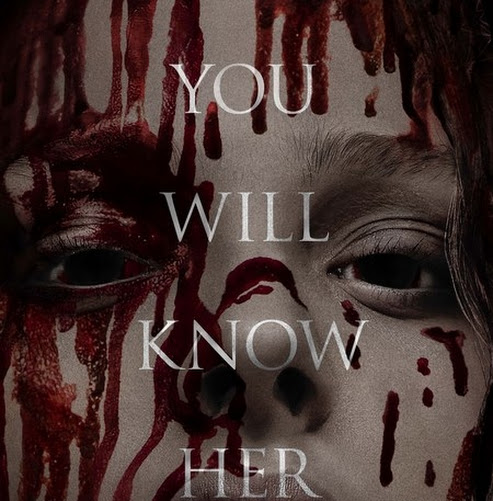 A sheltered high school girl unleashes her newly developed telekinetic powers after she is pushed too far by her peers. Carrie White is a lonely and awkward teen who is constantly bullied at school by her peers, and beaten at home at the hands of her religious mother. But Carrie has a secret: She's been blessed with the terrifying power of telekinesis; and when her peers decide to pull a prank on her at prom, they'll soon learn a deadly lesson: If you play with fire, you get burned.

● Blogs & sites list of our buddies & people we respect
● Everyone here as either helped make this blog what it is or made a site I recommend visiting.
● If you feel your site would suit being upped here by all means contact us and we will do our best to include a link.

● Any post awaiting feedback or stamped not yet rated is in my to do list.
● This site's intended as a purely for fun venture, and doesn't claim to own copyright to any images or plot synopsis anything up that shouldn't be will be gladly taken down.
● My ratings given are from 0-10 and include ½ scores. They're orange and look like this (7½ out of 10)
● Also don't ask for any film covered as they can't be provided.